Holidays in the Gulf of Marinella: beaches and sights

Famous for its inlets and its 1 km-long shoreline of fine sand, the Gulf of Marinella is certainly one of the most picturesque hamlets in Golfo Aranci. The village, which lies in an area surrounded by the sea, was once a fishermen’s village, consisting of small, colourful houses, and that has now become a well-known seaside destination.

Golfo Aranci is the second largest port in north-western Sardinia and the closest to the mainland. The town is only 20 km from Olbia and 10 km from Porto Rotondo.

Amidst granite cliffs sculpted by the wind, and surrounded by the thick Mediterranean vegetation, there are several long white sandy beaches and small hidden coves bordered by turquoise blue seawater.

– Le cinque spiagge (The five beaches) stretch over long coastline not far from the town centre, with fine white sand and crystalline blue water. The third beach is the widest and each one is separated from the others by rocks and large boulders. They are all characterised by a gently sloping seabed which is particularly suitable for children.

– Caddinas Bay: Located a few hundred metres from the centre of Golfo Aranci, it is a wonderful beach of fine white sand and crystal clear sea. Its shallow water is extremely suitable for children. Not far from the beach there is also a well-equipped marina.

– Gulf of Marinella: within the Gulf there are several small bays and the homonymous beach of Marinella, with its distinctive fine white sand, that is particularly recommended for families with children thanks to its shallow and sandy seabed. Marinella is a long beach and its position provides excellent protection against westerly winds as Mistral. Cala Sassari, Cala Banana, Sos Aranzos and Terrata, can be reached from the panoramic road that leads to Olbia.

– Baia de Bahas Beach: this is the nearest beach to the Baia de Bahas Residence. It faces the Gulf of Marinella and comprises several small coves of fine sand and emerald water, which are rather secluded and well sheltered from the wind. It is perfect for those who love wild and unspoilt nature. Surrounded by a rich and colourful Mediterranean shrub, the bay also has a dock for boats and rubber dinghies.

– Spiaggia Bianca (White beach): Hemmed by cliffs and rolling sand dunes, this beach features a magnificent view of the island of Tavolara, Golfo Aranci and all the coastline towards Capo Coda Cavallo. The beach stretches for a few hundred metres, the water is blue and the sand, as its name indicates, is white and fine. The seabed is dotted with rocks offering a stunning scenery to snorkelers.

– Cala Sabina: this beach is an excellent swimming and diving venue, thanks to its rocky reef rich in fishes and sea plants. Its shallow water and the juniper wood, that provides a pleasant shaded area, is suitable for families.

– Cala Moresca is a long white beach with a seabed covered in white pebbles, giving the water marvellous light blue tones. Surrounded by Mediterranean maquis, this beach is one of the most beautiful and well-known in eastern Sardinia.

The area surrounding Golfo Aranci offers a variety of sights and history.
The Pozzo Sacro Milis (Sacred Well of Milis) is located above the town, in the railway station square: the monument, dating back to the Nuragic period (about 7th century BC), still preserves the staircase and the impressive well chamber.
The natural area of Capo Figari and the island of Figarolo can be found about 3 kms from the town of Golfo Aranci. The area, accessible via a path that begins in Cala Moresca, can be explored on foot, by bicycle or on horseback.

In addition to its breathtaking views and wildlife, including the mouflon and peregrine falcon, the park includes several interesting sites:
– The English cemetery (named after a Celtic cross set on one of the graves), a small cemetery where sailors and fishermen used to be buried.
– The Luigi Serra Coastal Battery, an old military site dating back to the First World War and also used during the Second, a bulwark defending the coast.
– The Vecchio Semaforo (Old Traffic Light), a building from which Guglielmo Marconi, in 1932, established a radio connection between Sardinia and Rocca di Papa, in Lazio, while experimenting microwaves.

Fresh local fish is part of the culinary tradition of Golfo Aranci, which combines its traditional cuisine with the typical Gallurese recipes. Among the most famous dishes include Li pulicioni gadduresi (sweet ravioli made with ricotta cheese), the suppa cuata (an oven-baked soup made of stale bread soaked in meat broth and garnished with grated cheese). Desserts include the acciuleddi, a friend and honey-covered braided pastry, and the Màzza frissa, fresh cheese served with honey. 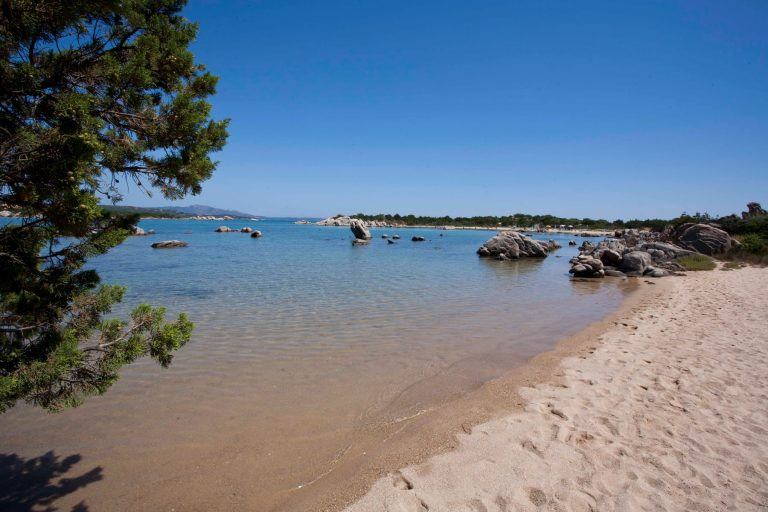 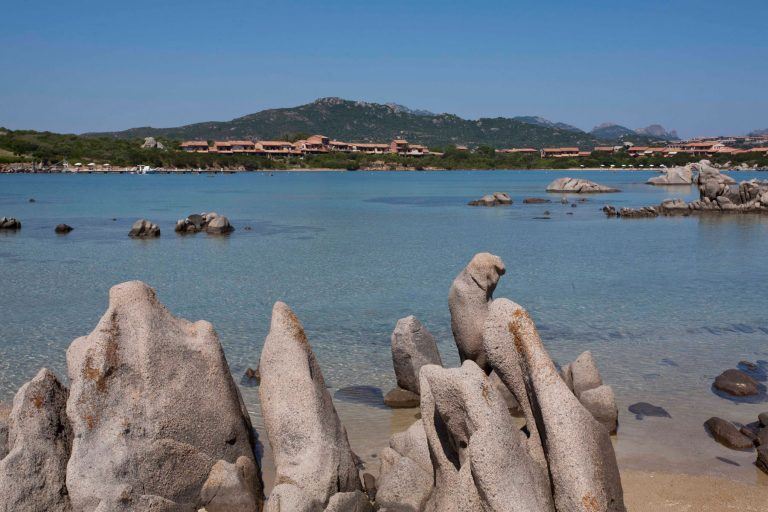 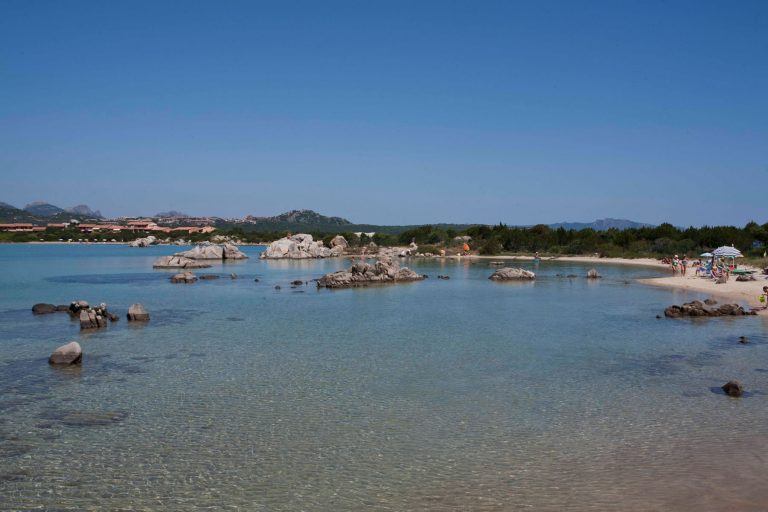 This site uses cookies, including third parties, to send you advertising and services in line with your preferences. If you want to learn more or opt out of all or some cookies click here. By closing this banner, scrolling this page or by clicking any of its elements consent to the use of cookies. Ok